A Look at Our Local Women in Banking

As we come to the end of National Women’s History Month, we wanted to take this opportunity to highlight the important role that women play inside our own front door at First Keystone Community Bank. We are proud of the women in banking that are part of our team and the significant roles they play within our company. Their contributions to the success of FKCB is an inspiration and their leadership skills impact the entire staff, from the teller line to the Board room.

As evidence of our commitment, look no further than the management team at First Keystone:

12 of our 23 Vice Presidents are women

17 of our 21 Assistant Vice Presidents are women

17 of our 18 community offices are run by female managers

And it starts at the top – we are the only local community bank with a female President and CEO, Elaine Woodland, as well as a female Senior Vice President and Chief Financial Officer, Diane Rosler.  Let’s take a minute to highlight the accomplishments and career paths of these two important women in banking.

As one of just thirteen banks in Pennsylvania with a female CEO, Elaine Woodland focuses on building relationships and opportunities with the next generation of women bankers. She has worked hard and has assumed several roles that no woman had held previously within the organization. And that has helped to make her a role model to her staff, peer banks, and the community.

This year marks Elaine’s fortieth year in serving the banking industry. She began her career as a teller at the former First National Bank of Berwick and quickly moved through the ranks to Assistant Branch Manager and Audit Control. As her career developed, she was promoted up through different job titles at local institutions, all the while gaining valuable experience.

In 2018, she shattered yet another glass ceiling when she became the first female President and CEO in the history of First Keystone Community Bank.

Throughout her career, few things have been as important to Elaine as education and she has successfully completed numerous banking schools and certificate programs along the way, including the Central Atlantic School of Commercial Lending, RMA Certified Lender Certificate, ABA Stonier Graduate School of Banking with the Wharton School Leadership Certificate, and the PA Bankers Leadership Institute Graduate.

In 2020, Elaine was awarded the PA Bankers Association’s “Patricia A. Husic Woman of Influence Award” which honors those leaders in the banking industry who promote and inspire women in the workplace to reach their full potential.

To sum it up, Elaine says, “The face of banking is ever changing and these changes open great opportunities for women in banking at every level. I strongly encourage women to seek careers in the field of banking.”

Diane Rosler has been with First Keystone Community Bank for over 30 years, having started as a Purchasing Agent within the Accounting Department. Fast forward to 2007 when she was selected as the first female to achieve the title of Assistant Vice President and Chief Financial Officer (CFO) at First Keystone. She secured her current title of Senior Vice President and CFO in 2009.

High on Diane’s priority list are the topics of diversity and inclusion, especially when it comes to empowering women in banking. She’s a strong leader, both within the bank and the community. She leads by example and is a mentor to other women bankers who strive to advance within the organization.

← Prev: Preparing for Your 2021 Resolutions Next: What makes up a credit score? →

← Back to Blog Homepage

Teresa is the Sales and Marketing Coordinator for First Keystone Community Bank. Her experience in Customer Service, Marketing and knowledge of our products and services allow her to share valuable information with our customers.
 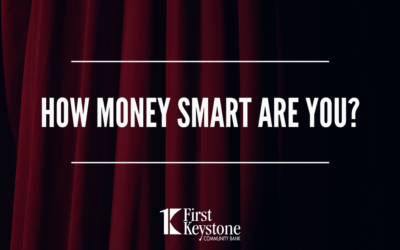 How Money Smart Are You?

How Money Smart Are You? is a suite of 14 games and related resources covering everyday financial topics. It’s... 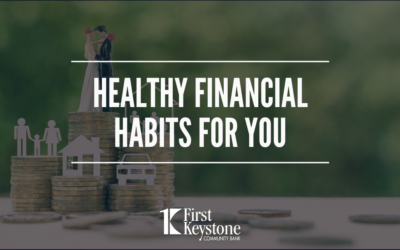 Healthy Financial Habits for You

Healthy Financial Habits start at First Keystone Community Bank! During the months of January and February, we shared... 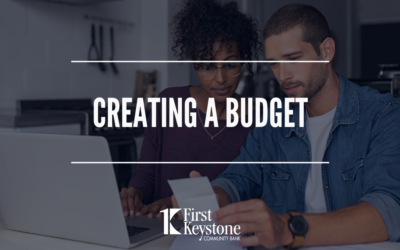 Tracking Your Spending To begin the process of creating a budget, you need to understand how much and where you spend...

Please check the table below for the status of your local community office.